Great New Finds at the Plantation! 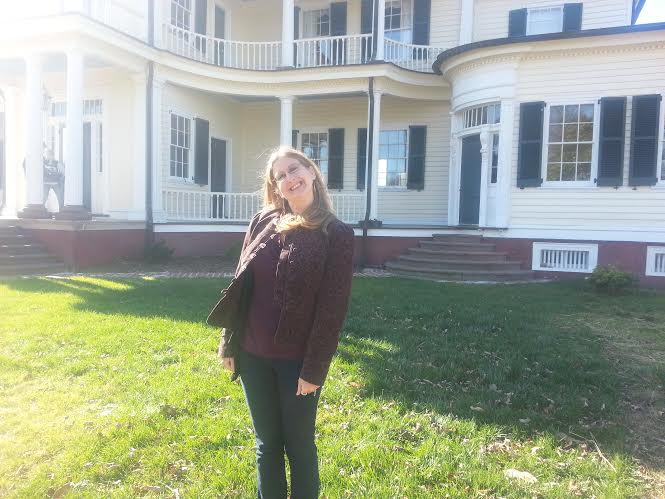 Over that past few weeks, we have come across a couple more artifact finds at the plantation. Just our luck, Mara, the archaeologist from Ferry Farm (George Washington’s boyhood home) paid us a visit yesterday. Little did I know that these finds would end up being so special! 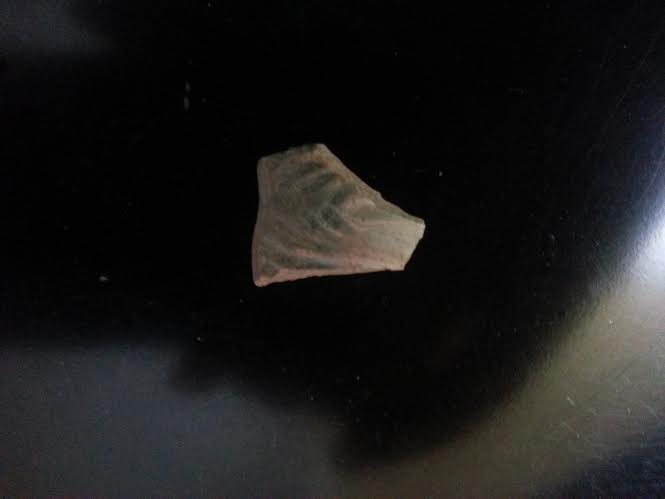 The first piece I showed her was a very small shard of dishware. It is green in color and has some texture to it. It was found around the garage, which we think is the location of the Conway period homes. The home that James Madison was born in, his grandmother’s home was thought to have burn down, but we haven’t been able to prove or disprove that information. We were told that three of our beams in the basement look to be from the old Conway home time period and could have been taken from the old home when the 1791 section was built. But they show no burn marks.

Mara looked at this piece and gave us a date around 1775 to 1790, which means it could have been from the Conway period, knowing where we found it. But was so interesting about this piece is that she says it shows signs of burning!! Just adds to that mystery we will have to keep trying to solve. 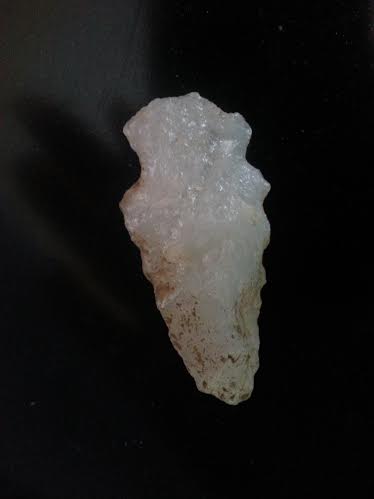 The second piece was a bigger surprise. When we found it, we thought it was a Naive American arrowhead. This isn’t unusual for this area. There has been many Native American Tribes that have called this place home. Most tribes were from the Powhattan Nation. But what she had to tell us really blew our socks off!

This isn’t an arrowhead, it is a spearhead. Mara sent a photo of it to another archaeologist to get a better idea of the date. Turns out this is a Halifax point from the Archaic Period around 3,000 BC! This spearhead is 5,000 years old!

The Archaic stage or “Meso-Indian period” was the second period of human occupation in the Americas, from around 8,000 to 2,000 BC. These hunter-gathers societies were people who exploited wetland resources, creating large shell middens. Shell middens or kitchen middens are a heap of clam, oyster, whelk, or mussel shells, obviously, but unlike other types of sites it is the result of a clearly recognizable single-activity event. Other kinds of sites, such as camp sites, villages, farmsteads and rockshelters, have their attractions, but a shell midden was created by and large for one purpose: dinner.    Middens developed along rivers, but there is limited evidence of Archaic peoples along coastlines prior to 3000 BC. 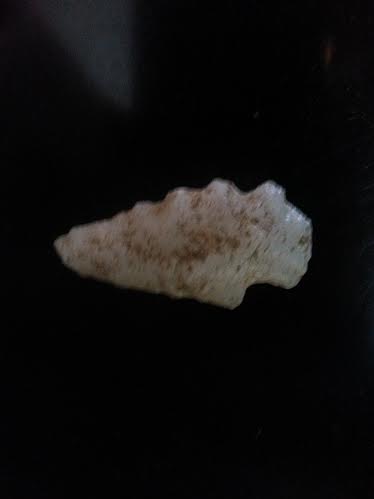 This spearhead is now the oldest artifact piece we have found to date!

6 Comments on “Great New Finds at the Plantation!”