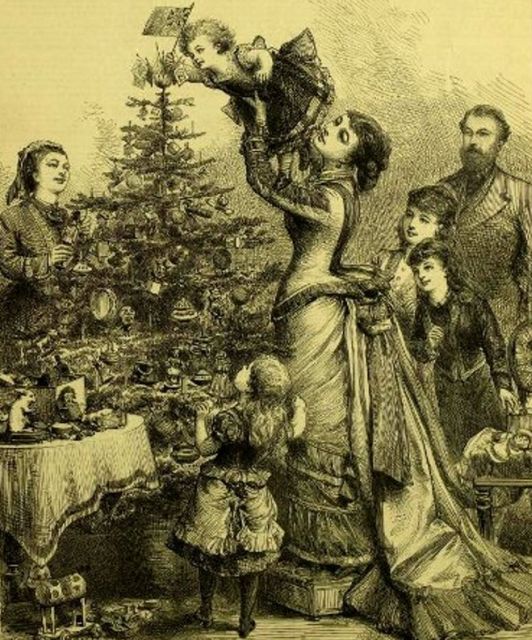 It is time to make history at Belle Grove Plantation as we celebrate our first Christmas at the plantation! We will be opening our doors to old and young to come and gaze upon this grand mansion and grounds that has seen so many Christmas past.

On Friday, December 6th, 2013, Belle Grove Plantation will celebrate their Official Grand Opening and Ribbon Cutting. Come help us not only ring in the season, but celebrate officially opening our doors!

Saturday, December 14th from 5pm to 9pm, Santa arrives at the plantation! The last known visit from Father Christmas to the plantation appeared in the Free Lance Star dating to the 1890s! Come see him return once again and help us celebrate this return to tradition!

Each day, there will be entertainment and warm beverages to help you get into the Holiday Spirit!

Belle Grove Plantation Bed and Breakfast will be opening its doors for the 1st Annual Christmas Candlelight Tour for the following dates:

IMPORTANT – This tour requires several stairs. We are sorry, at this time we are not handicap accessible.

Tickets are sold for scheduled times. Please make sure you purchase them for the time you wish to visit.

I am sorry, we do not offer discounts for this event.

Please go to our Online Store to Purchase Tickets!

Look Who Stopped By The Plantation! 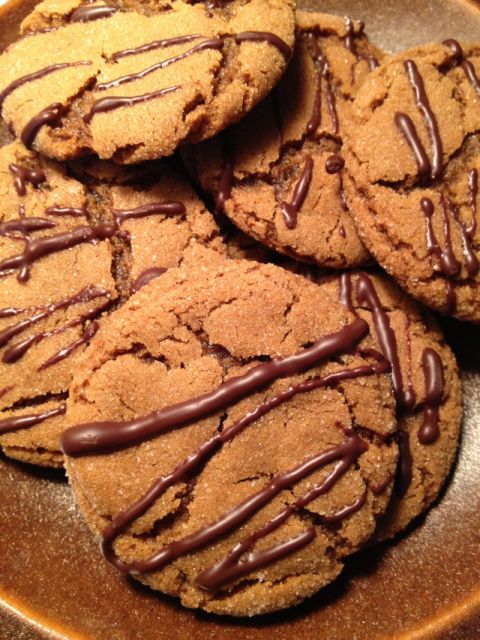 As many of you that have been following us over the last year or two know, we had an Official Cookie Contest last March. It was a wonderful contest and we had some really wonderful cookie recipes offered!

After a very close race and the public vote on Facebook, it ended with a delicious cookie called “Modern Molasses Cookies” submitted by Alyssa D’Alconzo. Since we have opened, we have been placing these yummy cookies on a silver tray on each bed during turn-down service. They are wonderful and everyone really enjoys the added “midnight snack”. 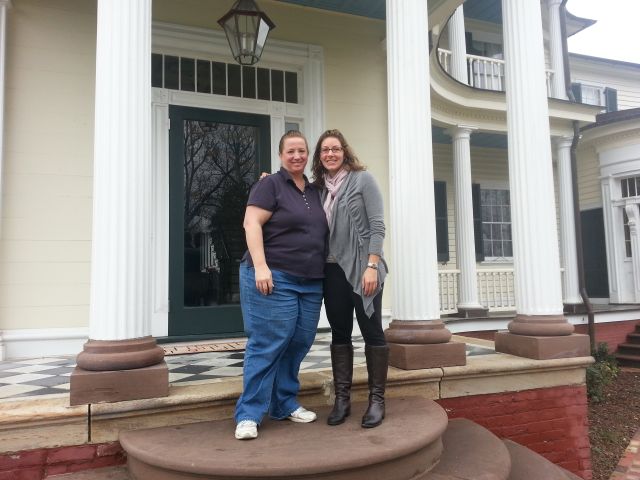 This weekend we were excited to host Alyssa and her family for a couple days at the plantation! How wonderful to finally meet someone that we have been chatting with on our blog for so long. Alyssa isn’t the first from the blog to come by, but it was extra special to have her here to sample our “Modern Molasses Cookies”.

I think we passed the test!

But we would like to share the recipe with all those who are new or those who would like to know how to make them. Here at the plantation, I did make a copy of changes to the recipe. I don’t serve them with chocolate because there are those who may be allergic. I also make a batch and freeze the raw dough balls. Then in the afternoon, I pull out what I need and cook them so they are fresh and warm when our guests return from dinner. By freezing them, it helps give them a puffy center too. (A trick I learned from Mrs. Field’s cookies)

So make a warm batch and enjoy!

In a medium bowl, combine first 5 ingredients; set aside.
In the bowl of a stand mixer, cream together shortening and dark brown sugar. Beat in egg, molasses, and vanilla. Mix well.

Fold in dry ingredients and stir by hand.
Cover and chill at least 1 hour.

Bake 8-10 minutes until set. Cool for one minute on cookie sheet and remove to wire rack to cool completely.
In a small bowl, break up chocolate into small pieces, add coconut oil or shortening, and microwave on medium heat until melted.

Allow chocolate to set and store in an airtight container.

I have asked one of our readers and fellow blogger to guest blog for us today!

Once we open, we will be available for Afternoon Tea Parties for social groups.

So I thought it would be great fun to get some information on teas from an expert.

As an institution, the event known as afternoon tea followed on from an ancient Oriental social custom. It came to prominence in the 17th century when it became established as an ‘event’ for the lady of the household.

A lady of wealth and privilege wouldn’t dream of going to an Hotel or coffee house, they being male dominated places where business and politics would be freely discussed and so she would invite her friends for an ‘at home’ of tea, gossip and hopefully scandal.

It was also an occasion where one could shove one’s wealth and rank firmly up the noses of one’s contemporaries and social equals and conduct the serious business of one-up-man-ship. Amongst ladies of rank and privilege the main criteria for an invitation to tea to be offered or accepted were wealth, property and social standing. Tea at that time was a highly expensive and valuable commodity and therefore the mere invitation to tea was an ostentatious gesture.

Being so precious the tea caddy became an important a fixture. It would be a solid box (or mini-safe) to which only the Hostess, or possibly a very trustworthy housekeeper, held the keys. Its presence said immediately that one was sufficiently ‘well-heeled’ to provide tea in the first place. Nowadays it would be the equivalent of inviting the neighbours over for drinks and then providing them with only the finest French champagne! The number of servants on hand to actually serve the guests was also a major plus factor in the social status stakes!

During the reign of Queen Victoria (1837–1901) afternoon tea began to expand into more of a small meal. The growth in industrialisation and the coming of a reliable artificial light meant that working hours could be extended beyond the restrictions imposed by natural daylight. As the gap between lunch and dinner became longer and longer afternoon tea, of necessity increased in variety and content with the addition of finger sandwiches, biscuits, savouries and cake, in order to fill the gap.

An American Tea Clipper at Sea

When, as time passed, the supply of tea from distant lands (India, China, Ceylon) increased in quantity due to the development of faster methods of transportation during the course of the Industrial Revolution, tea began to come within the reach of middle class purses and, eager to emulate the landed upper classes, they rapidly adopted the custom.

Gradually, along with the sandwiches and savouries, rich cakes, iced fancies, glazed pastries and sweetmeats from a bygone era were rediscovered and added to the ‘menu’ Afternoon tea became, for the aspirational Hostess to display her abilities in producing an interesting and exotic array of goodies for ‘The Ladies’ as well as the beverage itself.

At this time of course the Master of The House would be out and about with social, business and financial concerns. The rapidly expanding ‘Gentlemen’s Club’ market would provide for him with such niceties when ‘in town on business’ and of course any children would be confined to the nursery or playroom with a nurse or guardian to enjoy their own, more light-hearted tea-time and to keep them out of sight!

It would not be until the late nineteenth and early twentieth centuries when women would become suitably emboldened and emancipated to go ‘out to tea’ at places like the Ritz, Selfidges and Harrods for their socialising but that is for another post.

A Social, Cultural and Culinary Archive of Great Britain in the 20th Century

Deadline is just 6 Days away!

Click on James Madison to find out how to enter!