Today we have a guest blogger from England. Kevin has written for us before and we love his posts. Last time was about a true English tea. Today we are talking about Fashion of Regency England. This would have been around the time Belle Grove’s main section was built. Seeing this you can image the people walking around Belle Grove after it was built. Just lovely!

During the last decade 18th Century George III was becoming noticeably more and more deranged. Elsewhere America declared it’s independence and the introduction of the guillotine in France sent shockwaves through the wealthy and privileged classes of Europe.

The Regency era in the United Kingdom is generally accepted as the period between 1795 and 1837. Effectively it combines the decline of George III’s rule, the period between 1811 and 1820 when the King was deemed unfit to rule and his son, the Prince of Wales was granted the title of Prince Regent to rule in his fathers name, and the period from 1820 when the Prince Regent became George IV on the death of his father until 1837 when Queen Victoria succeeded to the throne and a new era. 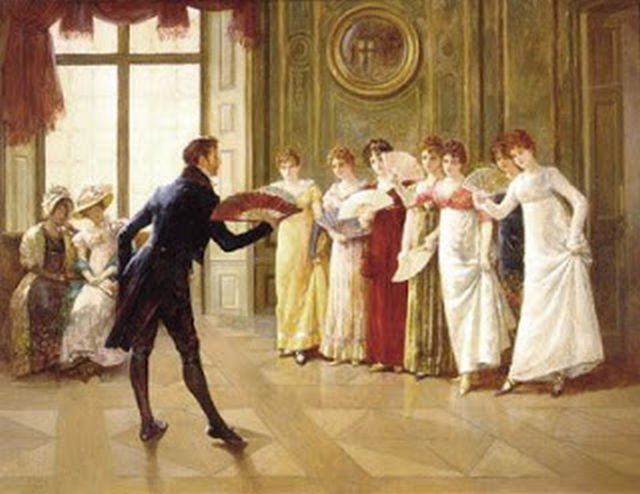 Fashion for a Regency Ball

The ‘Regency era’ was characterized by distinctive trends in British architecture, literature, fashion, politics, and culture. Paradoxically it was a time of both excess and uncertainty for the aristocracy. The excesses were due to a sort of mini-Renaissance of culture and refinement amongst the upper classes lead by one of the greatest patrons of the arts, the Prince Regent himself: his excesses included the costly building and refurbishing of the exotic Brighton Pavilion. The uncertainty was caused by several factors including the Napoleonic wars, periodic rioting, and the concern that the British people might attempt to imitate the upheavals of the French Revolution.

But fashion is fashion the world over. European and European-influenced fashion during this period saw the final triumph of informal styles over the lace, wigs and powders of earlier centuries. After all, who in these troubled times would want to even appear to be a member of the French aristocracy.

For women’s dress, the day to day outfit of the skirt and jacket style were practical and tactful, recalling the working class woman whilst fashions followed classical ideals. Visible breasts were part of this classical look, and some characterized the breasts in fashion as solely aesthetic and sexual. Dresses were closely fitted to the torso just under the bust, falling loosely below and tightly laced corsets were abandoned in favour of a more natural high-waisted style that emphasized the body beneath the clothing. 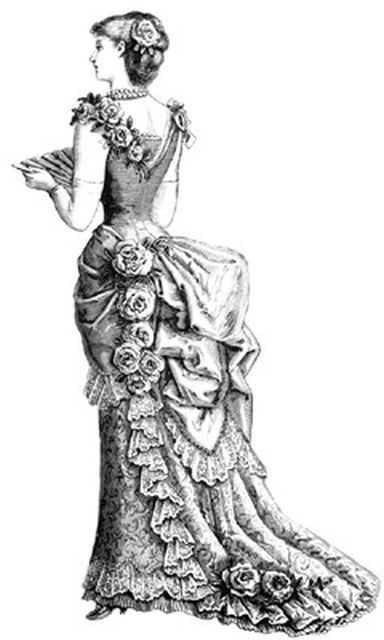 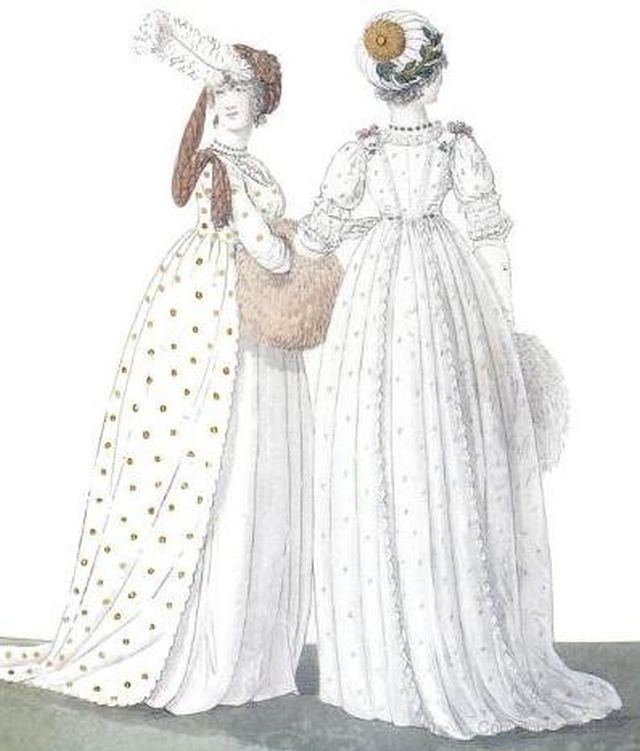 Neo-classical tastes began to allow soft, loose skirts and blouses made of white, almost transparent muslin’s that could be easily washed and draped loosely around the body. Since the finer fabric clung to the body, revealing what was underneath, it made it possible for middle and upper class women to wear clothes that were not very confining or cumbersome, whilst still being considered decently and fashionably dressed. 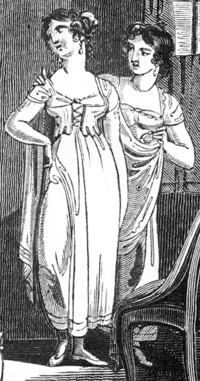 During this period, the same neo-classical influence extended to hairstyles. Masses of curls were worn over the forehead and ears, with the longer back hair drawn up into loose ‘confections’ For the first time in centuries, respectable but daringly fashionable women would leave the house without a hat or bonnet, previously something more often associated with prostitutes. 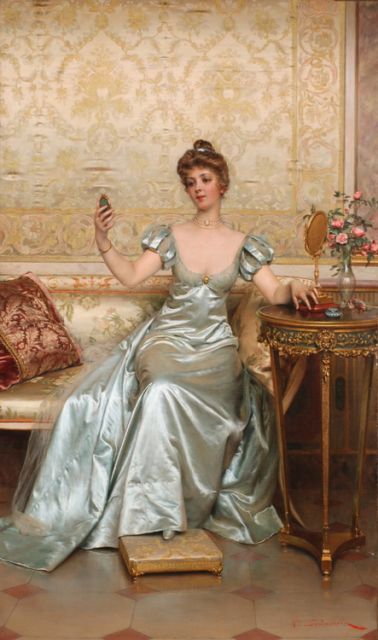 The ground-breaking shifts and changes that occurred in fashion at the turn of the 19th century granted people the opportunity to present new public exterior identities that provided insights into their individual private selves.