Where is the World was Brett and Michelle?

We are off on an adventure filled weekend. Saturday is my 49th birthday and this is my break before the year gets really going.

So we have been playing “Where in the World is Michelle and Brett?” today. Well, this time I haven’t stumped many people with the clues. That’s the problem with visiting the Williamsburg area. Everyone knows the area too well. 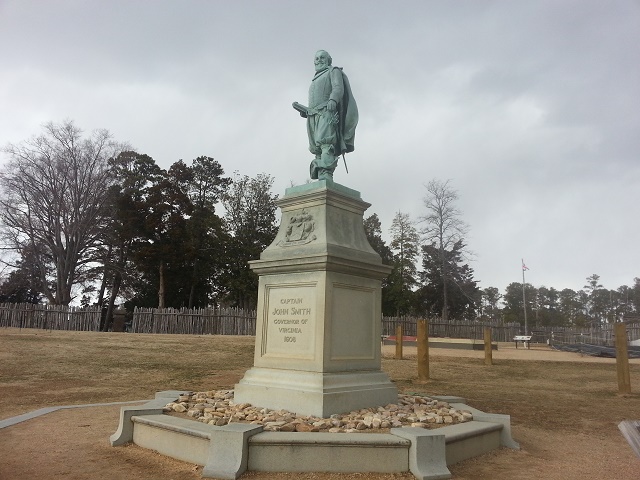 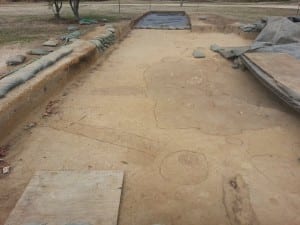 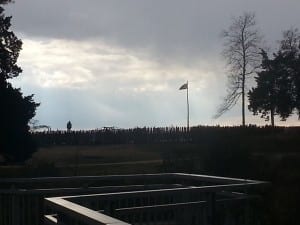 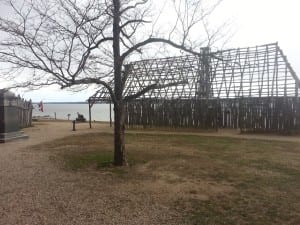 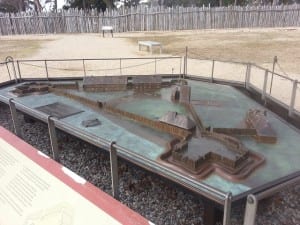 We started our trip with a visit to the archeological site of Historic Jamestown. I had visited this site many years ago, but I wanted to see all the changes that have come with the dig that has been going on since our last visit. 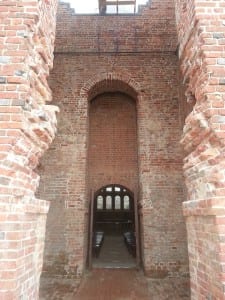 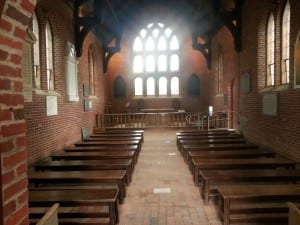 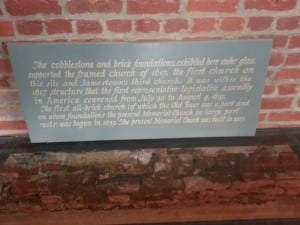 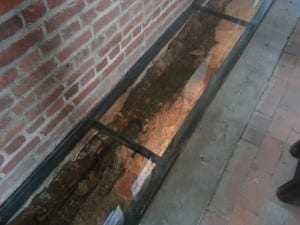 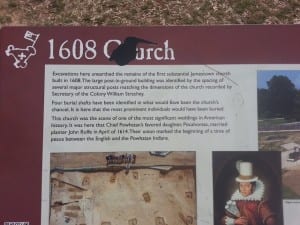 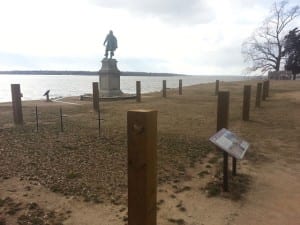 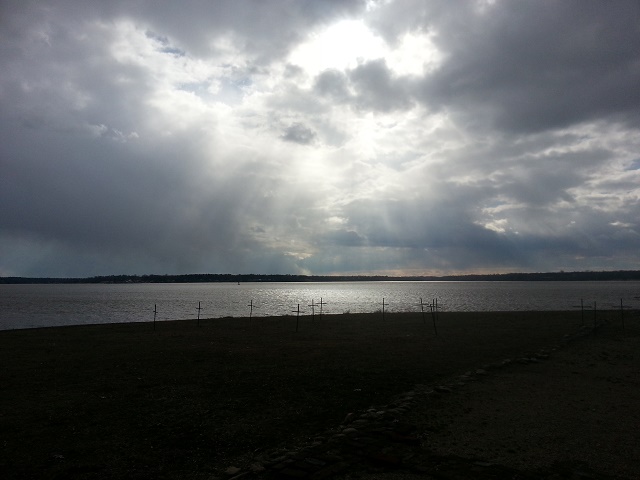 I was a little sad to see the many crosses marking the graves that were found during the digs. You just have to wonder about the hardships they must have faced coming here. I was talking to Brett and compared what it must have been like to one of the reality shows where they drop you on a lonely island without a way to survive. Only difference is that they couldn’t tap out.

While we were walking the site, the cold and wind picked up and the snow started falling. So we headed over to the Archeology Museum to get out of the weather. As we were walking over, we noticed some mounded up areas that we found out was a fort. This was built up by the Confederate Army during the Civil War. How strange it was to think that the Civil War touched this area.

In the museum, we enjoyed looking at all the finds and discussing how much we wish we could find some of these wonderful pieces. They did have a few skeletons, which I am okay NOT finding Belle Grove. One was Bartholomew Gosnold. He was an English Ship Captain. He was the one that named Cape Cod, for the fish that he saw swimming there and Martha’s Vineyard for his daughter. Sadly he died shortly after he arrived at Jamestown. The other skeleton was “JR”. They don’t really know who he is. They do know that he died from a gunshot wound to the right leg. The big question was it an accident or not.

One displayed had the skull of a young girl that they named “Jane”. She died during the “starving years”. They discovered that after her death, those that remained ate her. There were cuts to her skull that told them this.

One story that touched me was that of a young girl named Anne. She came to Jamestown as a 14 year old maid servant to a Gentleman’s Lady. The Lady passed away shortly after she arrived. Anne was left to work making shirts for the servants. She would do this for food rations. While working one day, she came to the end of making her shirt and started running out of thread. So she unraveled the bottom of the shirt to complete the shirt. When the shirts of all the girls were looked at, hers was shorter than the others. They ended up whipping her for not completing the shirt right. 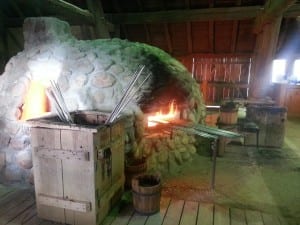 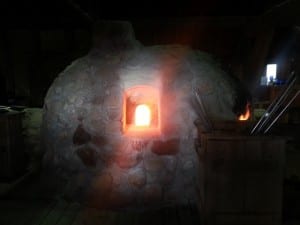 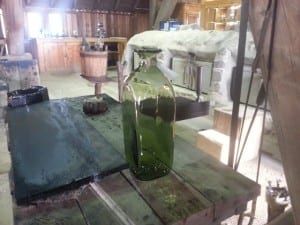 Next we headed over to the Glass Shop. How amazing to watch them create such wonderful pieces!

You have to check out our video on Youtube to see how it is done!

We also bought the bottle above for a future auction! 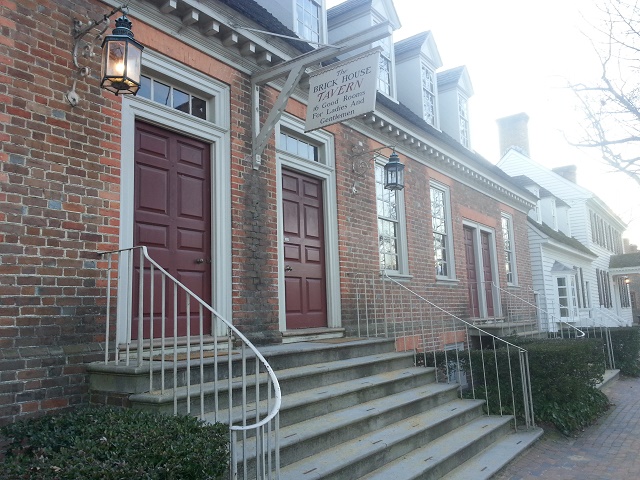 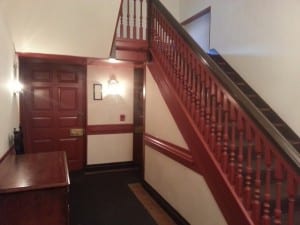 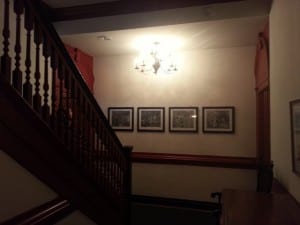 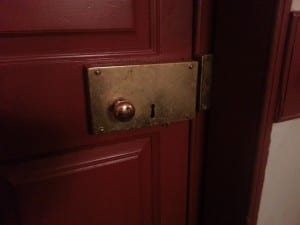 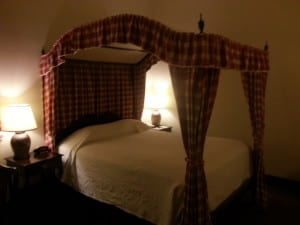 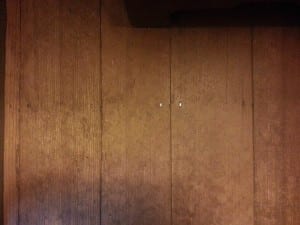 Look at these beautiful floors!

After Jamestown, we headed to Colonial Williamsburg to check in. We decided to have a true Colonial Williamsburg experience and stay in one of the Colonial homes. It has been something I have wanted to do for years. We are staying in the Brick House Travel right on Duke of Gloucester. Best part, we are the only ones in the Tavern…. Or are we? We will have to let you know tomorrow!

For dinner we headed over to the Fat Canary at Merchant Square. This was the third time we have eaten there. And it was just as good if not better than the other times! Brett started with a Wild Mushroom Broth with Black Truffle Gnocchi. Then Brett had a Mozzarella and Salted Virginia Ham appetizer with pesto, balsamic reduction and tomatoes while I enjoyed a salad with pears, almonds, goat cheese with a vinaigrette and almond cracker. 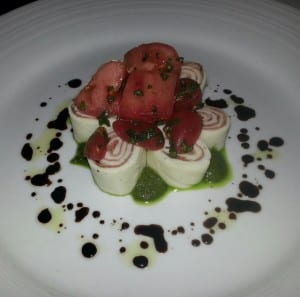 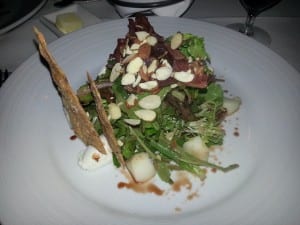 For our main entrée, Brett had scallops with a pork belly, couscous and tomatoes. I had a beef tenderloin with asparagus and French fried potatoes. For dessert, we shared a dark chocolate mousse pyramid, floured chocolate cake, cranberry shortbread cookie and chocolate and chocolate sauce. The best part was the waitress forgot it was my birthday so she bring me a candle on plate afterwards! 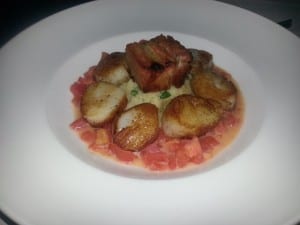 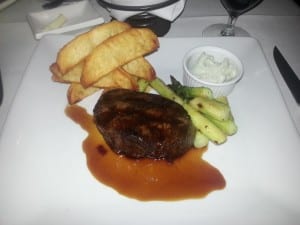 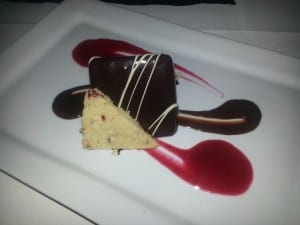 So back in our room, getting for a quiet night in a colonial home in beautiful Williamsburg. Tomorrow we are off for more adventures and new places to see and things to do.

We can’t wait to share the fun with you!

Posted by Michelle Darnell | in Diary | Comments Off on Where is the World was Brett and Michelle?