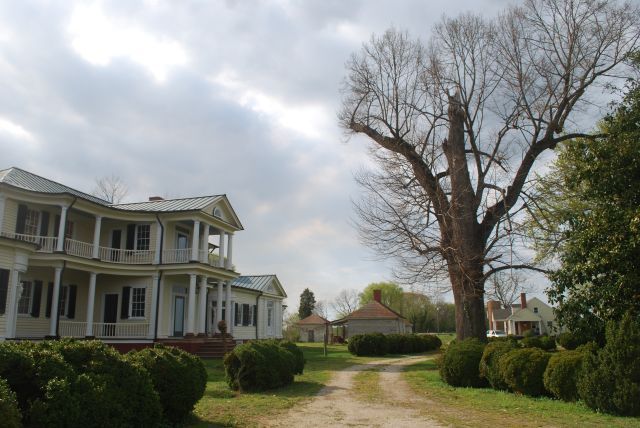 As most of you know, we recently cut down three of our beloved trees. One of these trees was a 200 year old Mulberry Tree. We call this tree a “Witness Tree”.

In 200 years, this tree has “witness” much of our history. It would have been planted in or around 1813. During this time, the tree started its life America was in the middle of the War of 1812. It would witness another war up close and personal during the Civil War. It would see the Turner Family forced out of their Southern Plantation Mansion. It would have spread it arms over the Union Army as they camped out under its limbs. It would be the resting place for 25 Union soldiers as they pursued John Wilkes Booth after he assassinated President Lincoln. It would protect Belle Grove and give shade to its many families through the years. It is hard to image the people that would have walked under it shade. 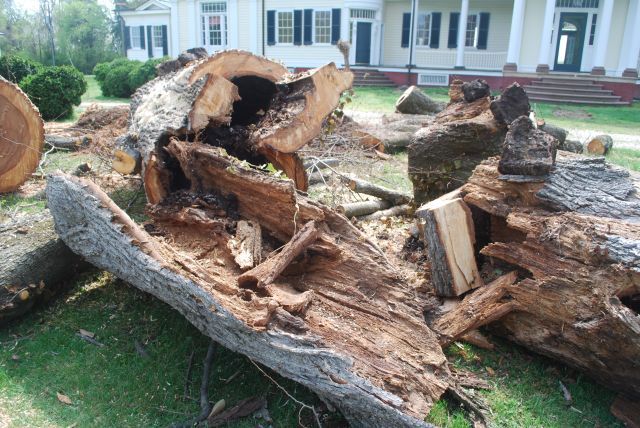 Cutting down this majestic tree was one of great distress and sadness. But as many great trees, it had lived a long and glorious life and had reached the time of it to rest. But don’t fret; this “Witness Tree” isn’t gone forever. 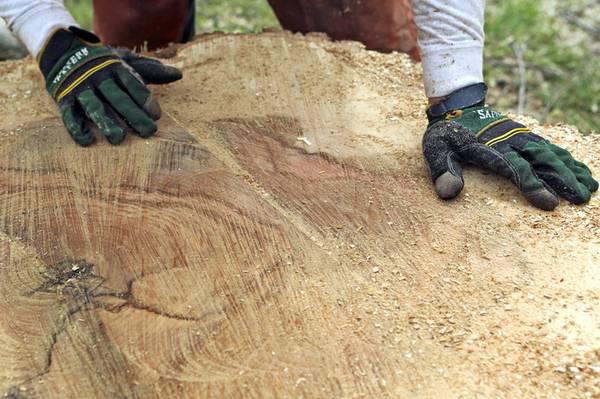 Before we had it removed, we did our research and have “saved” this tree from a landfill or burning. We made sure that it would be gone forever from Belle Grove. Now that it has been removed, we are excited to announce that it has return like a phoenix rising from the ashes. It may be in a different form, but it will remain here for another 200 years. 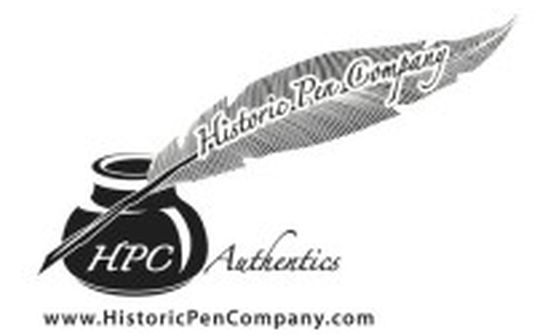 The wood was taken to New Jersey, where a company called the Historic Pen Company has loving cared for this precious wood. The owner, Bob DeMartino and his skilled craftsman, John Greco are crafting our wood into a new and beautiful form. 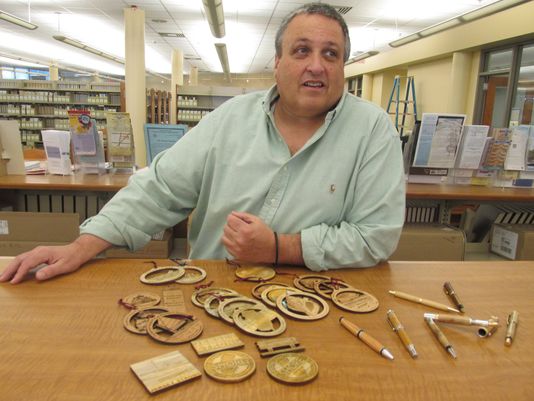 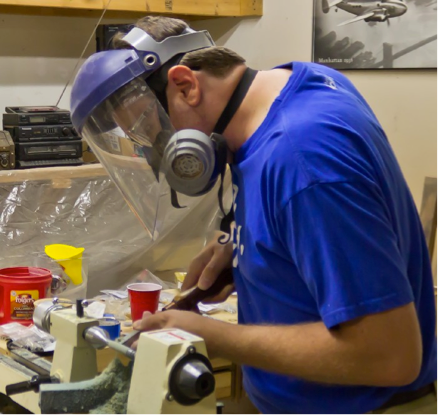 The Historic Pen Company began with a simple goal: the reclamation, salvaging and repurposing of wood and other natural materials from historic sites throughout the United States that would otherwise be discarded and lost to history.

They work primarily with wood and timbers removed from historical buildings and sites during the renovation of existing structures as well as with trees and branches that have fallen in storms, or are removed for safety reasons or expanded construction.

They offer a historically significant alternative to its client historical sites rather than the discarding and destruction of these limited, one of a kind resources, thus preserving not only history, but the integrity of the environment through the repurposing of these materials.

The Historic Pen Company provides unique items in the form of one of a kind hand-made, wood products and gifts of historical significance. They takes pride in their ability to secure Historically and Culturally significant woods and other materials that would normally be discarded and lost to history. By salvaging these “witness woods” and other “witness materials” they are able to create heirloom pieces of history that are memorialized in their artwork and handcrafted items. They are “Keep History Alive”. 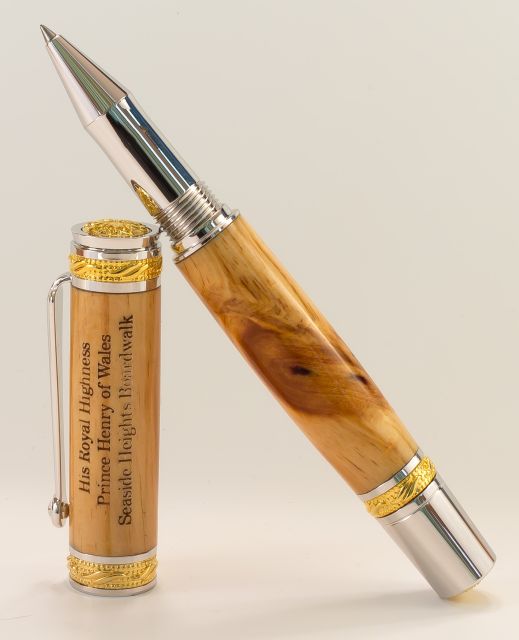 They recently completed two pens that were made from the Famous Seaside Heights Boardwalk in New Jersey and were presented to His Royal Highness Prince Harry and Governor Christie during their visit to the Boardwalk after Hurricane Sandy. He has just been asked to create a new pen that will be presented to President Obama on his visit soon to the same area.

We are proud to be partnering with the Historic Pen Company and are very proud to announce a very special collection that they have created just for Belle Grove Plantation.

This collection has been established to commemorate the extraordinary history that is Belle Grove Plantation in Port Conway, Virginia and  the birthplace of our 4th President and “Father of the Constitution”, James Madison.

As well as being the ancestral home of his mother, Nelly Conway Madison, who returned home to her parents Belle Grove Plantation to give birth to her first child, Founding Father and future President: James Madison, Belle Grove history is intertwined with that of Virginia from its colonial beginnings in 1668, through the Civil War where the Port Royal/Port Conway area saw constant movement of Union and Confederate Troops.

The Belle Grove Collection will include several fine writing instruments and other items produced from recently removed trees and other materials that are being removed due to disease, maintenance, restoration and preservation. The first several items will be produced from a centerpiece Mulberry Tree that sat on the Bowling Green directly in front of the main entrance. After years of attempts to save this enormous beauty, she finally succumbed to disease and infestation and it was necessary to take “her” down in April 2013 to prevent damage to the main house. 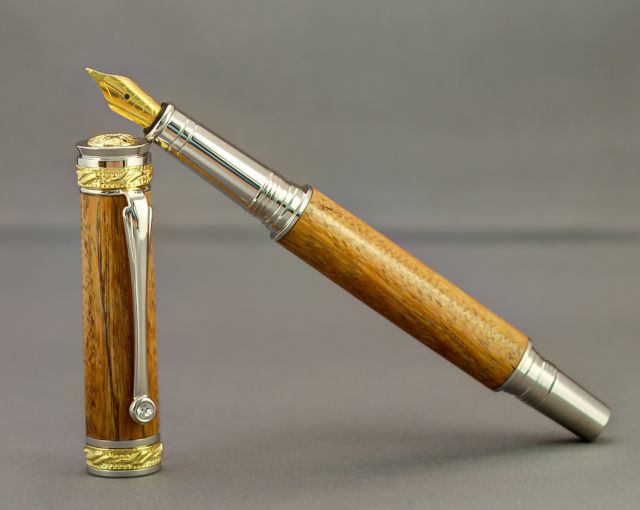 The James Madison Fountain Pen has been created in a Limited Edition of 4 to commemorate not only our 4th President of the United States but the Birthplace of James Madison, Belle Grove Plantation in Port Conway, Virginia.

This special edition is being created out of the recently removed 200 year old Mulberry Tree that shadowed the entrance to the stately manor.

The Historic Pen Company will be donating pen #1 to Belle Grove Plantation as opens later this summer as a historical bed and breakfast. It is their hope that this heirloom pen will become part of the Plantation’s historic exhibits for all to view and enjoy.

Pen #2 will be engraved: James Madison – “Father of the Constitution”

These master-piece works of art will be a beefy pen with a hefty feel, perfectly balanced. Its threaded cap features a genuine Swarovski crystal in the clip with a Rhodium and 22K Gold hand carved design. The 18 K Gold medium nibs are made in Germany with iridium point for smooth writing.

M. Herbin first created this line of ink in his shop on the Rue des Fosses Saint-Germain in Paris in 1700 where it is still produced using all natural dyes.

The James Madison Fountain Pen will come with a personalized Letter of Authenticity guaranteeing the provenance of its wood and creation and will include a high quality display box.

The James Madison Fountain Pen Limited Edition is expected to be completed by June 21, 2013. Don’t miss this opportunity to own one of these very special works of art, an heirloom that will be enjoyed for generations!

Each James Madison Fountain Pen will be handcrafted by our Master Pen Craftsman and are made in America. 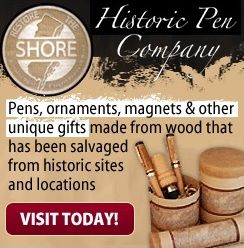 To see more photos of the trees of Belle Grove