Where is Mr. Madison?

Can you guess where Mr. Madison is?

A few weeks ago, we were honored to host

James Madison was kind enough to visit his birthplace and to allow us to capture his visit!

John Douglas Hall, who is a Historical Performer, is very similar to James Madison in appearance and interest in politics and government, law, religious freedom, natural science and a host of other subjects. He can be seen at Montpelier and Gadsby’s Tavern and even on television! When you speak to him, you would swear that you were in fact talking to Mr. Madison himself! 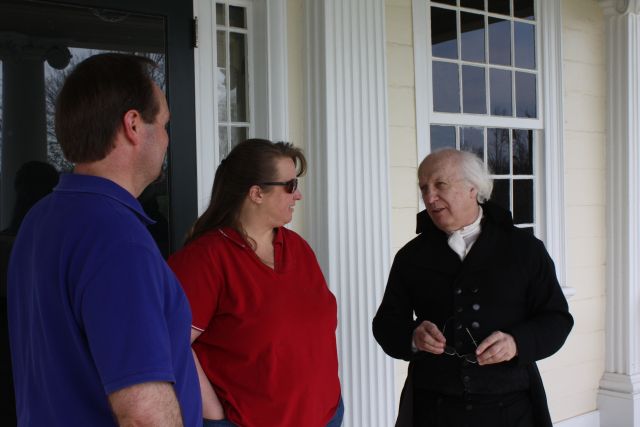 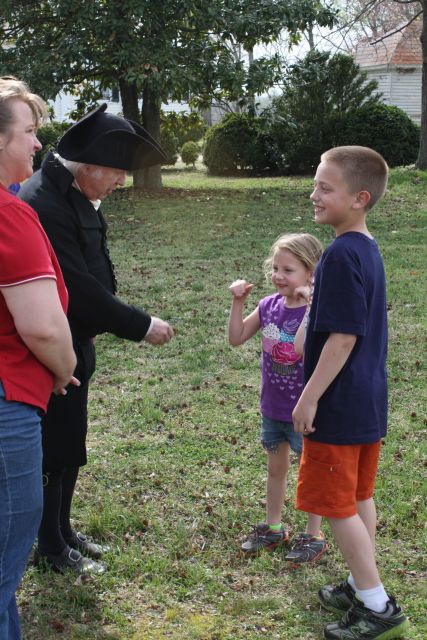 If you would like to find out more about John Douglas Hall, you can visit his website at

You can also see Mr. Madison speak on this YouTube link

In the above YouTube link, John Douglas Hall portrays President Madison at historic Gadsby’s Tavern in Alexandria, Virginia. Mr. Hall discusses issues that eventually led to the War of 1812 as though it were March 27, 1811 rather than March 27, 2011.

We are excited to share that Mr. Madison will be a frequent visitor to Belle Grove Plantation and will be meeting the public in future events.

We would like to thank photographer, Tom with Quarry House for joining us on this visit and capture Mr. Madison’s first visit! Your skills were very much appreciated!